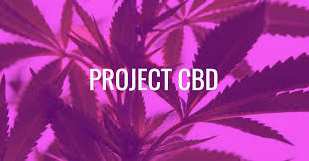 Little-known facts about cannabidiol and CBD oil. BY MARTIN A. LEE ON JUNE 11, 2019

Cannabidiol and CBD oil seem to be everywhere these days, despite the confusing legal status of this prolific compound. But how much do we actually know about CBD?

CBD BECAME ILLEGAL BEFORE IT WAS DISCOVERED.

Cannabis was effectively outlawed by the federal government in 1937 with the passage and implementation of the Marihuana Tax Act. The Act explicitly stated that cannabis resin or any extract from the resin was considered to be “marihuana” (i.e. the Evil Weed). Cannabidiol (CBD) is found in the resin, nowhere else in the plant. (Tetrahydrocannabinol – THC, aka The High Causer – is also concentrated in the resin along with a slew of other therapeutic compounds.) In effect, CBD, a nonintoxicating cannabis component, was prohibited by federal law before anyone actually knew that CBD existed.

It wasn’t until 1940 that Roger Adams, a University of Illinois chemist, first identified and synthesized CBD. Two years later, he was awarded a patent for his unique method of isolating CBD. Adams observed that CBDhad pain-killing properties and he contributed to the 1944 La Guardia Report on the Marihuana Problem, which debunked many of the scaremongering reefer madness claims promoted by the Federal Bureau of Narcotics. By the time Adams retired in 1957, he had published 27 studies on CBD and other plant cannabinoids. He was subsequently honored by the American Chemical Society, which established the prestigious Roger Adams Award in recognition of his life’s work. Israeli scientist Raphael Mechoulam picked up where Adams left off and elucidated the precise molecular structure of CBD in 1963. And he did the same for THC in 1964.

Cannabidiol (CBD) not only protects brain cells – it also stimulates the growth of new brain cells, a process known as “neurogenesis.” New neurons are continually being created in two areas of the hippocampus: the subgranular zone of dentate gyrus and subventricular zone of lateral ventricles. These brain regions are densely populated with cannabinoid (CB1) receptors. Activation of CB1 receptors stimulates the creation of new neurons, a process that underscores the central role of endocannabinoid system the in embryonic and adult neurogenesis, according to a 2019 study by a team of Brazilian scientists.

CBD and THC both promote neurogenesis.

Whereas THC binds directly to CB1, CBD boosts CB1 signaling through other pathways. Both CBD and THC are “neurogenic” substances that promote neurogenesis. “The pro-neurogeneic effects of CBD might explain some of the positive therapeutic features of CBD-based compounds,” German scientists reported in 2010. The antidepressant properties of CBD, THC and several other compounds are contingent on enhanced neurogenesis and neuroplasticity, the ability to adapt to stress and injury – unlike “chronic alcohol exposure [which] reduces endocannabinoid activity and disrupts adult neurogenesis,” Spanish researchers disclosed in 2015. It’s worth noting that preclinical research shows that a low dose of CBD increases neurogenesis, but higher doses decrease neurogenesis.

CBD OIL IS NOT INTOXICATING, BUT IT IS PSYCHOACTIVE.

When Project CBD formed 10 years ago to educate the medical marijuana community and the public at large about cannabidiol, we typically referred to CBD as “non-psychoactive,” and it subsequently became the mantra of the upstart CBD industry. “CBD is not psychoactive, it doesn’t get you high” – that’s always been a key selling point about CBD. According to politically correct drug war dogma, the cannabis high is a bad side effect. At Project CBD, we’ve since come to an understanding that while CBD most certainly is not an intoxicant, it’s misleading to call it non-psychoactive. When a clinically depressed patient or a PTSD sufferer consumes a CBD-rich tincture and has a very good day for the first time in a long while, it’s apparent that CBD is a powerful mood-altering molecule. Cannabidiol won’t make a person feel euphoric or dysphoric like THC does, but CBD can impact the psyche in positive ways.

Best of all, when combined THC and CBD confer a greater-than-additive therapeutic effect. Accordingly, it makes sense to medicate using a CBD-rich remedy with as much THC as a person is comfortable with. For some people that means as little THC as possible. Those who are very sensitive to cannabis may have a genetic variant that impedes their ability to metabolize THC, which stays active in their system longer. About 20 percent of Caucasians express a polymorphism of the gene that encodes the cytochrome P450isoform that breaks down THC. About ten percent of those of African descent and five percent of Asians also have this genetic anomoly, which makes them supersensitive to THC. Those who don’t like to get high have the option of utilizing a non-intoxicating CBD-rich product with a minuscule amount of THC.

CBD AND THC BRING OUT THE BEST IN EACH OTHER.

CBD oil companies often tout cannabidiol for its ability to neutralize THC’s psychoactive effects. But this emphasis distracts attention from one of CBD’s greatest gifts: It enables a person to manage marijuana’s tricky psychoactivity in a way that suits one’s particular needs and sensitivities. That might mean reducing the high without eliminating it entirely. Finding the optimal balance between CBD and THC is a key challenge of cannabis therapeutics. CBD and THC are the power couple of the cannabis plant; they work best together.

“CBD increased some effects of an ineffective THC dose to the level of an effective one.”

Extensive clinical research has demonstrated that CBDcombined with THC is more beneficial for neuropathic pain than either compound as a single molecule. Scientists at the California Pacific Medical Center in San Francisco found that a CBD-THC combo has a more potent anti-tumoral effect than either compound alone when tested on brain cancer and breast cancer cell lines. And according to a 2010 study in the British Journal of Pharmacology, CBD potentiates THC’s anti-inflammatory properties in an animal model of colitis: “CBD increased some effects of an ineffective THCdose to the level of an effective one.” In other words, a low, non-intoxicating dose of THC on its own might not be effective therapeutically. However, when combined with CBD a non-intoxicating dose of THC may result in a desired therapeutic outcome. That’s great news for those seeking the medical benefits of cannabis without the buzz.

CBD IS A PROMISCUOUS COMPOUND.

That’s a lot of scientific mumbo-jumbo for a little molecule, but there’s more. CBD functions as a negative allosteric CB1 receptor modulator, which means that CBD interferes with THC’s ability to signal through CB1 without entirely blocking it. This appears to be one of the ways that CBD lowers the ceiling on THC’s intoxicating effect. In addition, CBD acts through various receptor-independent conduits to confer therapeutic outcomes. As Paula Morales and Patricia H. Reggio report in Medicinal Chemistry, CBD’s promiscuous nature “offers novel prospects for the treatment of neurological, oncological, and inflammatory diseases.”